The  amazing landscapes  of the central Himalayas are simply one of a kind. Located north-westwards from Kathmandu, Mount Manaslu and Ganesh stand tall and massive leaving viewers baffled. Within the shadow  and divine protection of these mountains, rivers flow through lush green hills and meadows. People here live a very spiritual life, an interplay between hindu and buddhist ideologies. Butterflies, birds and other animals roam around in the wilderness. Trekking in Manaslu and Ganesh Himal are sure to satisfy your soul’s deep longing for adventure.

Mount Manaslu stands at 8156m and falls within the list of the highest ten mountains in the world. The mountain itself contains two massive identifiable peaks, one relatively lower and one higher. The Ganesh Mountain, aptly named after the Hindu god towers at 7406m above sea level just nearby. The mountain being the one point whose latitude is taken as reference to calculate the time relative to Greenwich Mean Time (GMT). Other peaks like the Himalchuli (7893m) also can be seen clearly in the vistas.

Lying in the Gorkha district the Manaslu Trekking route covers a distance of about 177km which circles the mountain going over the mountain pass to the Annapurna range. Trekking in the region was only permitted by the Nepalese government in 1991. Most of the trek follows an ancient salt trading route where rock salt and Himalayan salt from Tibet and Tibetan regions was brought over to the hills of Nepal. Multiple peaks over 6000 and 7000m altitude can be seen during the trek.

The Manaslu Conservation area was delineated in 1998 in an effort to conserve the ecosystem in the region. Forests of rhododendron which bloom during spring add colour to the landscape. With medicinal herbs found plenty, the region is especially important for the Ayurvedic medicine. Endangered animals like the Asian black bear, Himalayan snow leopard and the famous cute mammal, the red panda roam the forests in this region. More than 110 species of birds have been catalogued to be present in the region with rare ones like the Crimson Horned Pheasant.

The Gurung people inhabit the main hills in the region and within the many ethnic groups present here, the Nubri and Tsum people are the most prominent. Their hospitality in the numerous tea houses and lodges is sure to give you a homely feeling. A large number of the younger inhabitants join the Nepal army and are appropriately named Gurkhas. They are sure to have stories and experiences that will have you captivated.  vVsitors will also get a taste of the discrete Tibetan-influenced culture of the Tsumba people, who strictly disallow the slaughter of any and all animals, influenced by the unviversalism of Buddhism.T his has been a boon for the wild animals thriving in the area, especially the endangered species that call the region their home.

The highly popular Tsum valley, until recently considered one of the most remote parts of Nepal is now open for exploration and tourists both domestic and international are starting to see the value of eco-tourism in the region. With the increase in popularity and access to the region, even by busses and jeep. The region is starting to open up and is gearing itself to give you an experience like no other.

Even with the many tea-houses and the convenience of road transportation, you are sure to find within this region vistas and landscapes that can rival even that of the world famous Annapurna region. The cascading waterfalls with snowy peaks are sure to have you coming back for more. 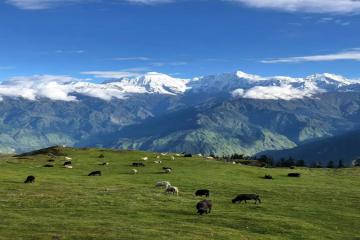 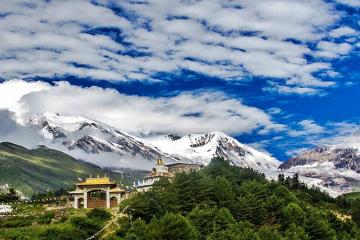 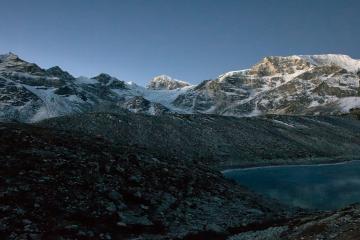