The Langtang region lies directly northward from Kathmandu in what is called the Central Himalayan region. Within this region lies the Langtang National Park which was established in 1976 occupying an area of approximately 1710 square kilometers. The Park occupies parts of Nuwakot, Rasuwa, and Sindupalchowk districts. With wonderful views of the central Himalayas along with an experience of the central Himalayan culture of the Tamangs, the Lantang Valley is a glorious region for trekking and exploration.

The Langtang valley is also known as the valley of glaciers due to the many glaciers that are slowly flowing through the valley. The region has many glacial lakes which are beautiful the most famous of which is Gosainkunda lake. The Gosainkunda is considered a holy lake located at an altitude of 4380m above sea level which pilgrims frequently visit especially in the month of August.

The whole valley is populated with beautiful pine forests, clean, gentle rivers, wonderful meadows and rugged rocks and waterfalls making it a wonderful region to visit. The two major rivers of Trishuli and Sun Koshi irrigate the region combined with the wide variation in altitude and climate give rise to incredibly diverse flora and fauna. Below 1000m altitude you can find pockets of subtropical forests of oak, palm-pine, maple, fir, hemlock and others. Approximately 25% if the region has forest cover which provides a home for majestic animals like wild dogs, red panda, pika, muntjac, musk deer, Himalayan Thar, Ghoral, Serow, Rhesus monkeys and langurs. Aboves. e the foret line, snow and rock form many geographical odditi The mountain passes and delta formed by the rivers, form important routes for birds to migrate to and fro from Tibet and other regions.

The Tamangs of the valley have a culture that is unique to the region. The Tamangs are a Tibetan language speaking ethnic group who live primarily in the central and eastern hills of Nepal. They have a unique blend of Buddhist and shamanic cultures. Small Tamang villages can easily be identifies by the many Tibetan prayer flags present in the houses. Approximately 45 villages are present within the Langtang National Park boundaries with about 3000 people depending on the resources from the park for daily survival.

White water rafting in the Sunkoshi river is one of the many adventurous activities that can be done in this region. Yala peak, one of the royalty free peaks lies in this region along with many other mountains rainging from 5000m to 7000m altitude.

With holy lakes and majestic views of the central Himalaya and the famous hospitality of the Tamang people,  the Langtang region provides a trekking and exploration experience distinct from the others. 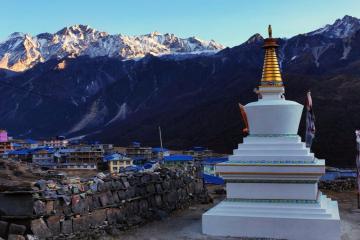 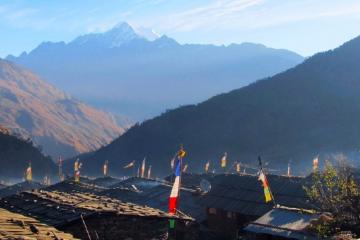 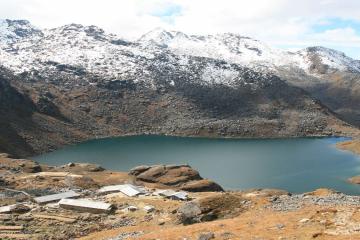 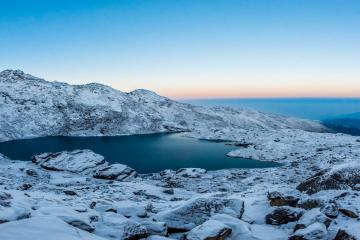 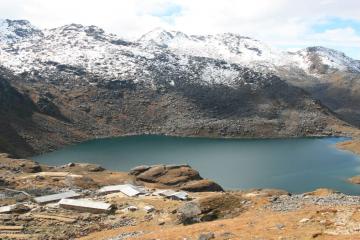