Nepal is known worldwide for carrying a unique spiritual and religious value. After all, according to the Tripitaka, the Buddha was born in the Lumbini grove within the Sakyan empire, located within the boundaries of Nepal. Along with this, Nepal sees all three forms of Buddhism, Theravada, Mahayana and Vajrayana flourish within it making it excellent for pilgrimages and buddhist spiritual tours.

Originally referred to as Siddartha, the Buddha is known by many names around the world now. The story of his enlightenment is almost universal now and his teachings have touched the souls of many. Born to the head of the Sakyan republic Suddhodhana whose capital was in Kapilavatsu ,Nepal,  Siddartha renounced his royal status, left his home and went in search of the way to end suffering.

From his birthplace in Lumbini, to his parinirvana in Sarnath, India he taught many people the way to liberation. The Four Noble Truths, The Noble Eightfold Path and his teachings on morality and meditation, and more esoteric topics like Tantra are have been passed down through over 2500 years. Nepal, unlike India has been fortunate enough to have retained much of its Buddhist heritage and Buddhism has flourished here alongside Hinduism forming a culture seen nowhere else.

Accessible Adventure’s Spiritual Buddhist Tour will have you explore the various holy Buddhist sites within Nepal and visiting Monastaries and listening to teachings by spiritual gurus. Obviously one of the main highlights of this tour will be the Queen Mayadevi Temple in Lumbini. It is here that the Buddha was born to Queen Mayadevi as he held a tree branch and it is here that the Buddha took seven steps immediately after birth. You will be able to see the footprint of the infant Buddha at the Temple.

Right next to the temple are various ruins and included along them is an ancient Ashokan era Pillar. Emperor Ashoka of India constructed pillars marked with the ancient Brahmi script in the various places of religious importance nearly 2300 years ago and in Lumbini he marked a pillar locating the birthplace of the Buddha. Around the main temple are constructed various monasteries in both Theravada and Mahayana style. These monasteries were constructed by individual countries that have been touched by the Buddha’s teachings. Here you will find monasteries conducted by countries like Srilanka, Vietnam, Thailand, Cambodia and others, giving you plenty of room to meditate and learn.

Around the Kathmandu Valley are also plenty of Buddhist sites. The Swoyambhunath stupa located atop a hill and the Bouddhanathstupa are two extremely fascinating and important spiritual locations each with a mesmerizing story of its creation and importance. Thousands of visitors from all over the world including China, Sri Lanka, Japan and others come visit the temple and the numerous monasteries and temple surrounding them.

The Namobuddha monastery lying in the town of Dhulikhel outside Kathmandu is a place of great spiritual learning and healing. The view of the hilly vistas itself is breathtaking too. A similar experience is to be had at the Kopan monastery where you will get a spiritual experience like no other.

The ancient city of Patan also is an important place where the Buddhist Newars practice an esoteric form of Buddhism called Vajrayana Buddhism. Within the many allies in the city lie courtyards belonging to the many monastaries or Viharas, called Bahal in the local tongue. Here, tantric Buddhism remains alive and practices by the many Sakyas and Vajracharyas. With intricate wood work and metal forming on display, you are sure to be amazed.

Arrival at the Tribhuvan International Airport / Kathmandu. Our staff will be on standby to meet & greet you at the airport and transfer you to your hotel. Refresh & get familiar with your surroundings by going for a walk down the street after you have rested. If time permits, then we will take you to visit the Swoyambhunath {Monkey} temple. In the evening, our tour manager will brief you on your program for the days ahead. Have supper & your first overnight in the valley of the gods and goddesses.

After breakfast, it’s a scenic drive to Dhulikhel - A small quiet town, known for its traditional crafts, & lies just 35 km east of Kathmandu at an altitude of 1470m. If you wish to, you may climb a little to see the mountains, from Cho Oyu in the east to Himalchuli in the west following which we will take you for a hike to the famous Namobudha. We then return to Kathmandu in the evening.

After breakfast, we proceed for a full day sightseeing tour. We visit ancient Patan and the villages in the vicinity & Bhaktapur Durbar Square. Kathmandu is a literal mixing bowl of different religions & cultures that all remain in perfect harmony with each other, respecting each other’s culture & spiritual ideals. Lunch can be taken out in the restaurant or we can even start out with a packed lunch.

In the afternoon, we fly to Bhairahawa. It is a 45 minutes flight from Kathmandu. You will be received at the airport and transferred to the hotel. In the evening, we will take you for a short sightseeing tour around the birthplace of Lord Buddha. Overnight hotel

After breakfast, we head out for sightseeing tour. At noon, we drive to Bhairahawa approx. 14 km from Lumbini to catch our flight to Kathmandu. We will reach Kathmandu in the evening. Overnight in hotel in Kathmandu

After breakfast, we will take you to the Kopan Monastery for a visit followed by a tour of the Boudhanath stupa on the way back.

Today we will take you to the Himalayan Buddhist Meditation centre to attend the one day workshop – ‘Discovering Buddhism’ in which various preliminary and advanced Buddhist teachings with contemplation and discussions led by monks, nuns and scholars from both Tibetan Buddhist and various Buddhist traditions are conducted. Topics and teachers for the workshop will be notified only few days prior to the workshop. In the evening, we will proceed for a Nepali cuisine with a thrilling cultural dance program performed by the local belles. This evening out is a complimentary affair on behalf of Accessible Adventure Travels & Tours for the good welfare of our guests & for the warm relationships developed in the course of our holy saga to Lumbini. Overnight at your hotel.

After Breakfast Morning will be left free for shopping & other independent activities. Depending on your flight time, we will drive you to the International airport for your onward flight home. And this marks the end of a wonderful holiday in your discovering of the natural wonders of nature amidst the divine & the holy. If you are looking for other exciting itineraries, cost and or any relevant information, please contact us. We will be glad to help you make the right choices for an additional holiday that will also suit your pockets. Just don’t hesitate to let us know. 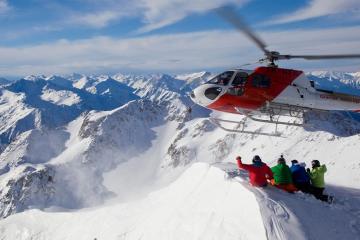 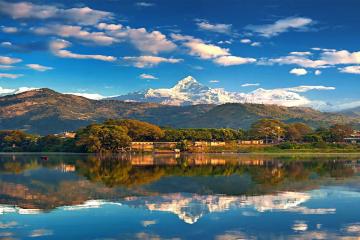 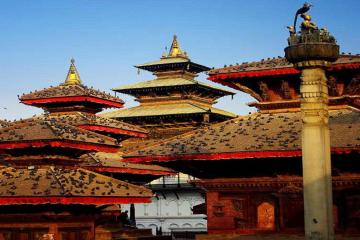 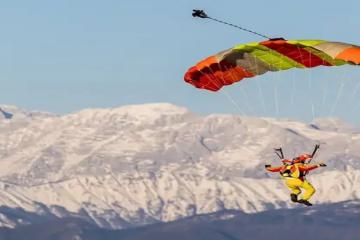