The tiny nation, which is officially referred to as the Kingdom of Bhutan, occupies a location that is sandwiched between China to the north and India to the south. Bhutan is referred to as "Druk Yul," in the local tongue which literally translates to "Land of the Thunder Dragon." The Vajrayana school of Buddhism is the official religion of Bhutan, which is a constitutional monarchy. There are more than 788,615 people living in the country, which covers a total area of 38,394 square kilometers. The capital of Bhutan is Thimpu nestled between the mid hills. Thimphu lies some distance away from Paro where the only International Airport in the country is located. Due to the fact that it is completely surrounded by land, it does not control any territorial waters. There was a time when Bhutan's territory extended south into what is now the state of Assam and included the protectorate of Cooch Behar. However, beginning in 1772, the British East India Company began to push back the borders through a number of wars and treaties, which resulted in a significant reduction in Bhutan's size. This continued until the Treaty of Sinchula in 1865, when some border land was ceded back.

The 7th century AD was the first known time that Buddhism was practiced in Bhutan. The Tibetan Empire was expanded into Sikkim and Bhutan by the Buddhist ruler Songtsan Gampo, who ruled from 627 to 649 and became a Buddhist during his reign. He gave the order to build a Buddhist temple in Bumthang, which is located in the middle of Bhutan, and another one in Kyichu, which is located in the Paro Valley, close to Paro. Bhutan is an extremely sparsely populated country that shares its borders with India to the south and China to the north. For many years, Bhutan has adhered to a policy of strict isolationism, both culturally and economically, with the intention of preserving its cultural heritage as well as its independence. Visitors from outside the country were not permitted to enter the country until the latter decades of the 20th century, and even then, only in small quantities. By doing so, Bhutan has been able to effectively retain a significant portion of its culture, which can be traced all the way back to the middle of the 17th century. The major languages spoken in Bhutan are called Dzongkha and Sharchop. Both of these languages are closely linked to Tibetan, and Bhutanese monks are able to read and write an ancient form of the Tibetan language known as chhokey. Padmasambhava, a tantric guru who lived in the 8th century and is revered as the founder of Himalayan Buddhism, is held in high regard by both the Tibetans and the Bhutanese.

Not only is Bhutan rich in cultural beauty, it is extremely blessed in terms of natural beauty as well. The natural beauty of Bhutan is unmatched. Both the country’s government and its natives have put in serious efforts for making it so. The government is obligated to keep a forest cover of at least 60% in accordance with the National Forest Policy that was established in 1974. The nation has not only accomplished its goal, but they have also surpassed it by twenty percent. The Bhutan Land Cover Assessment conducted in 2010 revealed that the nation of Bhutan is covered in more than 80 percent forest, and this percentage is consistently increasing year over year.

You will get the opportunity to explore some of the most remote mountainous sections of the Eastern Himalayas if you go trekking in Bhutan. Along the journey, we make our way through thick forests and up into the alpine zone where we do some hiking. We travel along paths that connect the dispersed communities that are only reachable on foot or on horseback. We follow ancient trade routes that date back to the time when Bhutan and Tibet were both active trading partners. There are vistas available of some of the most towering peaks in the Himalayas. These are Chomolhari (7,326m), Jitchu Drake (6.970m), Masang Kang (7,194m) and Gangkar Punsum (7,541m).

The Tiger's Nest Monastery, Bhutan's most recognizable landmark, is the centerpiece of practically all tour itineraries. The Bhutan Tiger Nest trip is a great choice whether you're visiting Bhutan for three days, a week, or longer. The monastery, also known as Taktsang Gompa, is an example of the ancient history of Buddhist culture and customs.

The government of Bhutan restricts the number of tourists who are permitted to enter the nation throughout each season in order to maintain the ecological system's delicate balance. Why should you put off going on this thrilling vacation to one of the least traveled countries in the world, with its mysterious and esoteric religious and cultural practices, stunning natural beauty and legacy, and majestic military forts called Dzongs? Join the exclusive group of visitors who will get the chance to discover Bhutan this calendar year.

Visitors will experience something special in Bhutan no matter what time of year they choose to travel there. The spring months of March to May are the ideal time to travel to Bhutan because this is when the country's valleys are at their most beautiful and vibrant. Whether it be in its festivals or celebrations, clear sky and vistas of the Himalayan peaks, abundant Himalayan flora, and wildlife, or just gorgeous snowfall, the Himalayas have much to offer. You are guaranteed to have a wonderful time in Bhutan amidst nature and all of its stunning offspring and to bring back with you a memory that you will treasure for the rest of your life. The months of June through August are considered the shoulder season because of the rain, which makes hiking and other outdoor activities less appealing.

Why "Bhutan" with Accessible Adventure?

Accessible Adventure is a travel and tour organization run and managed by a team of experienced, veteran Nepalese nationals. This personnel has vast experience organizing and managing vacation locations in Bhutan, Nepal, and Tibet across the Himalayas.

We are a leading and ascending travel company situated in Kathmandu, Nepal, with over a decade of expertise executing successful tours with one-of-a-kind quality services at reasonable pricing. During your stay with us, you will be able to enjoy all of the Himalayan vacation locations that we provide.

Every one of our vacations is meticulously planned and coordinated, and we receive constantly positive feedback from both past and present customers and clients. They express great satisfaction and appreciation for the value of the vacations we provide.

When you book a vacation with Accessible Adventure, you also receive the following: 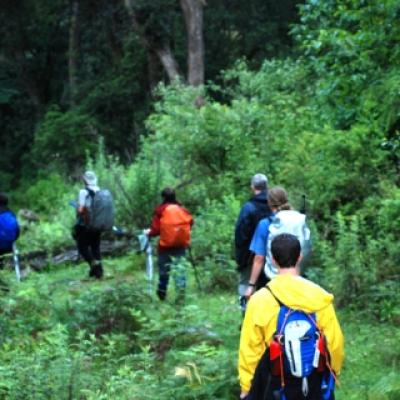 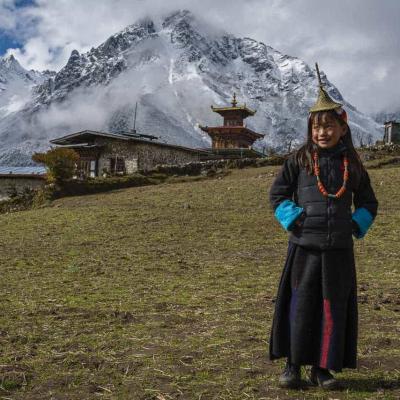